​April 22, 2017 -- EDO Performance is proud to announce our new partnership with Superchips Tuning U.K. to expand the availability of ECU tuning in the United States.

Being fully equipped for vehicle tuning applications, this new relationship allows EDO to become a go-to solution for quick and reliable power upgrades. Superchips Tuning U.K. provides engine control unit (ECU) upgrades to produce more power and torque for a wide range of popular vehicle manufacturers such as (but not limited) to):

The additional power is produced by re-mapping the ECU's settings by changing various settings created by the car's original manufacturer. The company also produces the Bluefin tool that plugs into a car's diagnostic port and allows for re-mapping to be done at home. 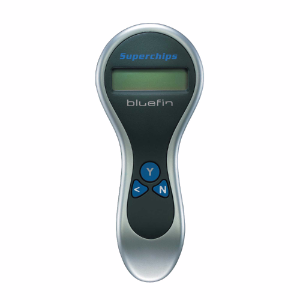 How It Works:
Engine chipping came about after the introduction of the ECU. Since the early 1990s, most engines have been controlled by an on-board computer, the engine control unit (ECU), which amongst other functions, defines the ignition timing, fuelling and boost pressure for all given engine speeds and loads.ECU remapping lets us change the way the engine is controlled – and engine tuning gives you a more engaging drive.

Superchips invests extensively in development and testing and brings over 30 years of experience to the job, arriving at the optimized settings for your make and model of vehicle, ensuring that each remap is as individual as the software inside your ECU, safely eliminating those ‘performance compromises’.

In most cases this remapped program is installed electronically and remotely through the car’s diagnostic port; there’s no replacement chip, and ECU itself isn't touched.

In today’s market with soaring fuel prices, you want better mpg from your car. Saving gas or cutting diesel fuel consumption is increasingly important. But, you still want to enjoy driving. With Superchips engine tuning, you can have it all! Superchips engine chip tuning means IMPROVED FUEL ECONOMY as well as improved performance – saving you money in the long run. You don’t put limits on your life, so why have them on your car?

Superchips carefully matches increases in turbo boost pressure with the remapped ignition timing and fuelling. It doesn’t affect reliability or the life of the engine. Superchips know – they have over thirty years’ experience of enhancing the performance of turbocharged engines.
For turbo-diesel cars
- up to 30% more torque and more power
- fuel economy improvements

Even with turbo-diesel vehicles, Superchips delivers a smoother, enhanced drive by ensuring their remap matches the fueling to the increases in boost pressure.

About Superchips Tuning LLC.
Superchips Ltd. is a British company specializing in electronic engine tuning of cars. It was established in 1977 by Peter Wales as P.J. Detection Techniques, and was renamed Superchips in 1991. The company is based in Buckingham, Buckinghamshire, and has dealers of its products worldwide.