February 9th-12th the Circle K NHRA Winternationals, as part of the newly displayed Mellow Yellow Drag Racing Series, was held at Auto Club Raceway at Pomona. Every February since 1961, fans have gathered in Southern California for one of drag racing’s largest traditions: the unveiling of new cars, drivers, teams, and sponsorships at the season opener. Pomona allows for some of the best fan experiences as every ticket is a pit pass, giving fans direct access to the teams, see highly-skilled drag mechanics at work, get autographs, and more! 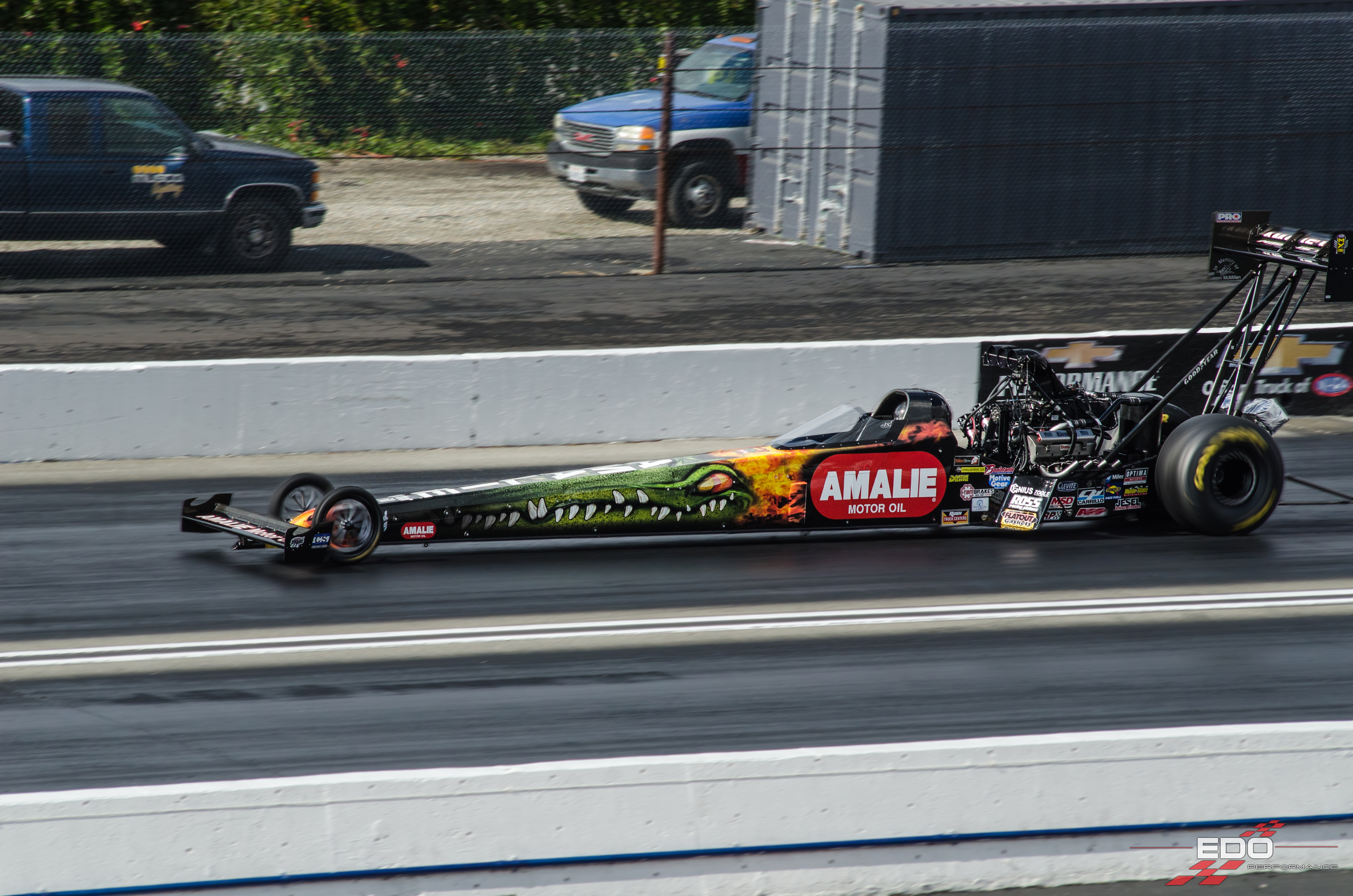 For some, drag racing doesn’t seem too exciting, having the cars pretty much only go in a straight line. We can tell you first hand however that drag racing is a completely unique sport that can only be best viewed in person! Beginning with Pro Stock in the morning, cars and drivers were easily running ¼ mile times between 6 and 7 seconds, plummeting down the runway reaching speeds in excess of 200 mph! To any standard person, this is ridiculously fast! 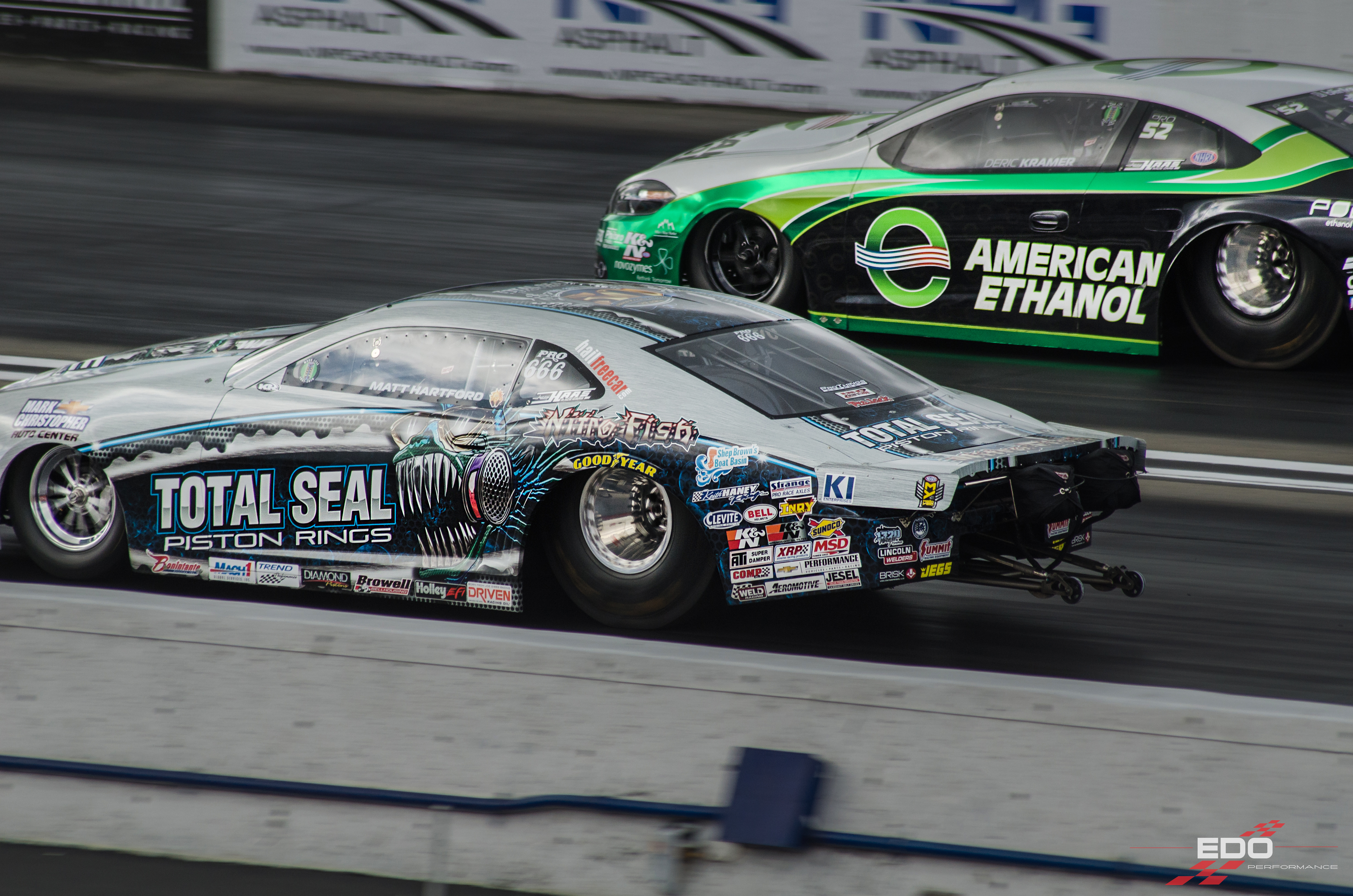 Move closer to lunch time and the Top Fuel Dragsters started to make their debut. What was originally thought to be insanely fast was pushed aside by the speeds and times that these cars were able to make it down the runway. As they approach the staging area, dragsters need to warm up (and clean) their tires for their runs to make sure they get maximum traction. This comes in the form of a nice and quick burnout! Bring on the tire smoke! As the lights countdown to green, you realize you’ve just blinked and missed the race. Quarter mile speeds of over 300mph accomplishing the distance in a mere 3 seconds! The sound that comes from these machines resonates the entire raceway, rattling your insides as you cheer for more! Not having ear protection is ill advised. 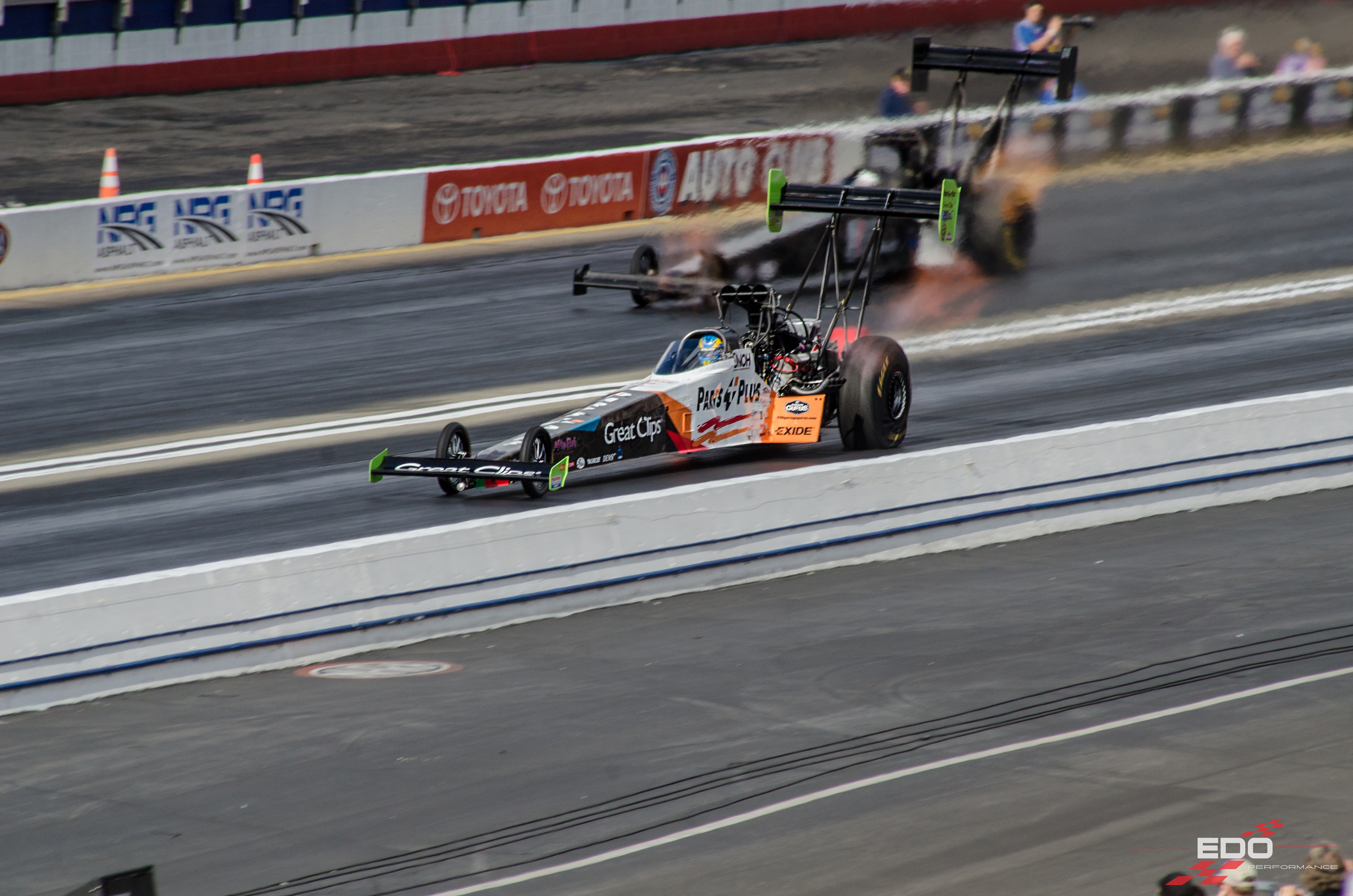 View our entire photo album of the NHRA Winternationals below (or on our Flickr) and see all the other excitement that the NHRA brings!